Sodium Sulphate (Na2SO4) is the sodium salt of sulfuric acid. Anhydrous sulphate is a white crystalline solid also known as the mineral thenardite, while the decahydrate Na2SO4. 10H2O has been known as Glauber’s salt or mirabilis. Na2SO4. 7H2O is transformed to mirabilite when it is cooled.

We provide superlative Sodium Sulphate packaged in safe containments for your immediate use. The Sodium Sulphate that we provide is fine in texture with no lumps and easily soluble in water making your work hassle free at all times. Keeping the current market standards in view, we have fixed reasonable rates for the same.

What type of salt is Sodium Sulphate? 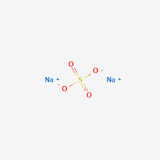 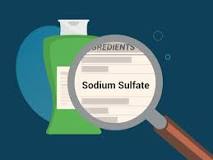 Sodium Sulfate is a surfactant, or surface active agent, and it reduces surface tension between two particles, helping the shampoo clean more effectively. Its chemical structure has one end that is hydrophilic, and attracted to water, and the other is hydrophobic, and attaches to oil, dirt, and more.
Why is Sodium Sulfate in detergent?
Why is sodium sulphite added to laundry and dish-washing detergents? Sodium sulphite is not added for cleaning purposes, at least not as far as the laundry is concerned. It is added to protect the washing machine or dishwasher from corrosion. Iron reacts with oxygen to form ferric oxide which is better known as rust.

STPP is widely used as a component for the production of synthetic detergents, wather treatment, as well as in the ceramic, paint, varnish and other industries.

Liquid Soap Ingredients. Like hot and cold process soap, there is an alkali component and an oil component

CAUSTIC SODA (SODIUM HYDROXIDE) -50 KG PACK
Rated 1.00 out of 5
(1 review)
Caustic Soda is the chemical compound Sodium Hydroxide (NaOH). This compound is an alkali – a type of base that can neutralize acids and is soluble in water. Today caustic soda can be manufactured in the form of pellets, flakes, powders, solutions and more.

FITKIRI (Ferric Ammonium) is used in industries like Pulp and Paper, Water & Water Treatment and Dyeing & Purification to name a few.also offering as per client specification.